A large crowd gathered at Whitland market where auctioneers JJ Morris were selling the GARNE herd of Brown Swiss for Clive & Pam Davies. One of the oldest herds remaining in the UK and formed from some Elite embryos from the USA and upgrading from the already existing Holstein/Friesian herd at Treffgarne Farm, Lampeter Velfrey. Clive Davies recently stepped down as the UK Brown Swiss Society President and the demand for Brown Swiss on the day was strong.

Milkers averaged an impressive £1644, and as always the youngsters were in demand with heifer calves selling to a top of £780 for Garne Dorian Nicky (her dam Allstar Vas Nicole EX90 sold for £2,000) with heifer calves averaging £666 throughout while bulling heifers averaged £900 and in-calf heifers averaging £1143. We wish Clive & Pam and family all the best for the future and thank them for their enthusiasm for the Brown Swiss cow. 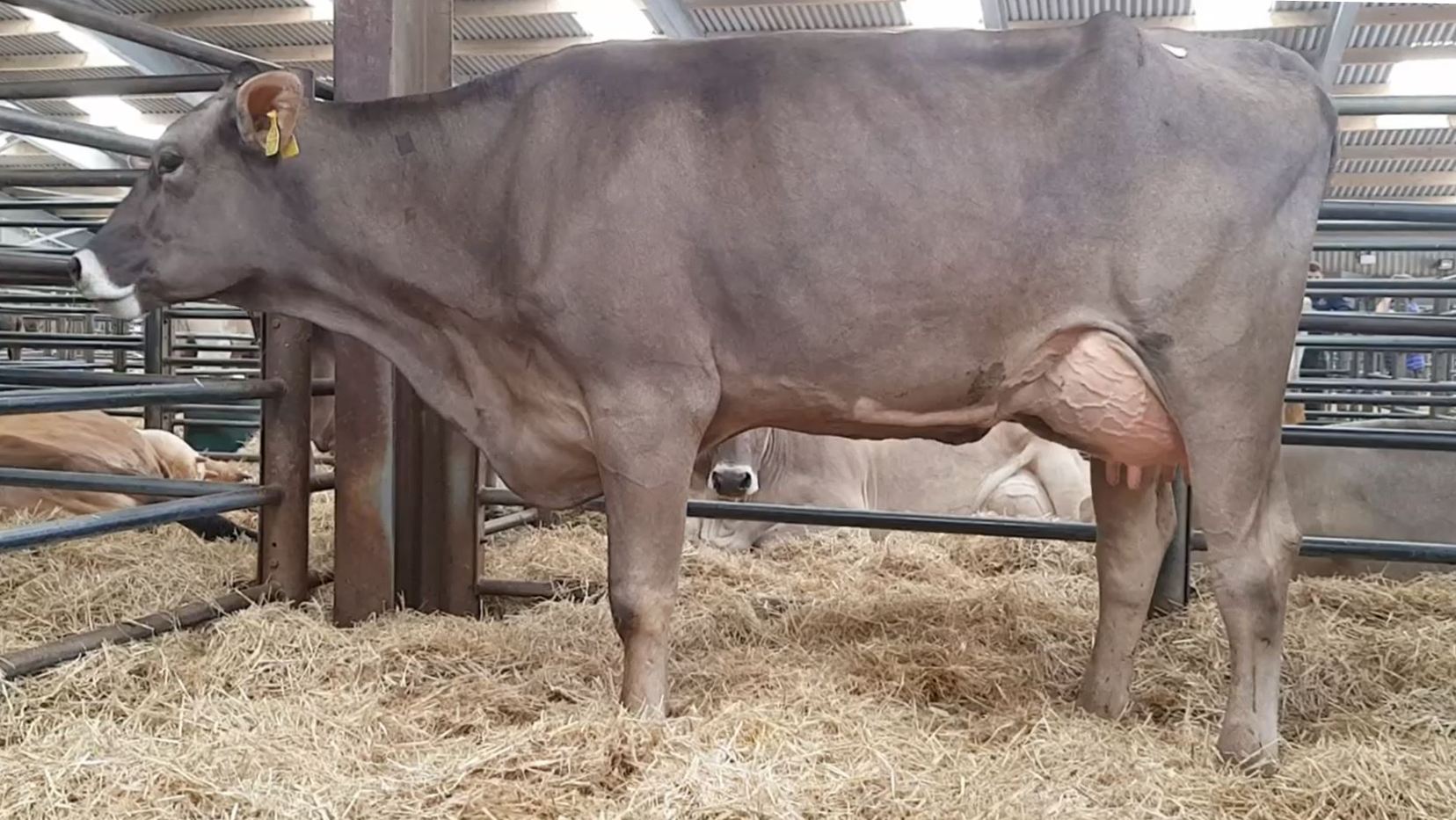 Animals went to all corners of the UK, to Wales, England, Scotland and Ireland. The Garne herd lives on!